I love maps. I love old maps, new maps, weird maps, and interactive maps. And pretty much any time that I see one I want to buy it. Surprisingly, I only have two… 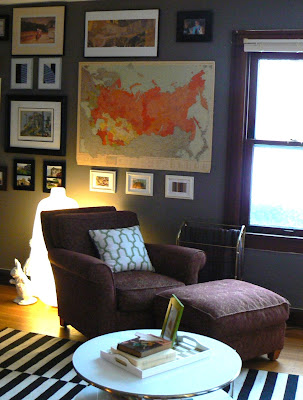 This old map is from my Grandpa. It is on foam core and it’s a map of the ‘Soviet Union’ and I mostly just like it because it is orange. 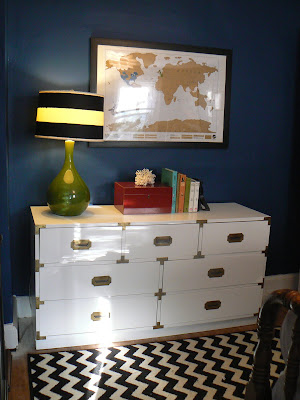 My scratch map is newer. You can buy one here. I love it so much because you can scratch off where you’ve been, it’s a take on those ‘sticking a pin in the places you’ve been’ maps.
You really can’t go wrong with a map on the wall since they are gender neutral and come in a variety of colors, styles, and sizes. Here is a round up of some awesome map art: 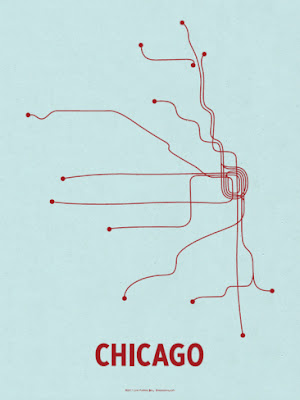 via art.com
I love the simplicity of this Chicago rail map. Surprisingly, it’s only $19.99 from Art.com. They also carry a bunch of other rail maps from other major cities. 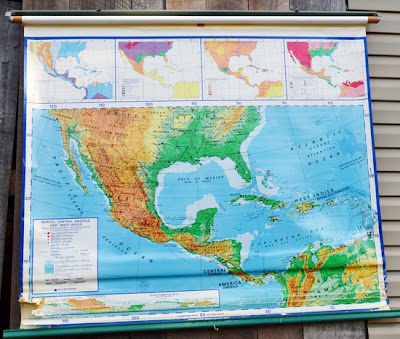 via RibbonsAndRetro
If you ever see an old roll-up school map for heaven’s sake buy it! Those things are like the gold every thrift store shopper is searching for. Of course, you can buy them online (like this one from Etsy seller RibbonsAndRetro for $89) but they are going to cost more online mostly because of shipping. Your best bet is to go hunting in your city and hope you find one for a good price. 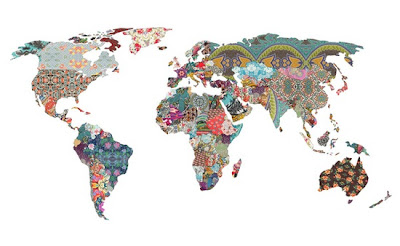 via Society6
I really like this map by Bianca Green. It would look great in a layered Bohemian room or a little girl’s room. It is a really good price too, the large print is $32.00 and there are smaller ones for a smaller price (sold on Society6). 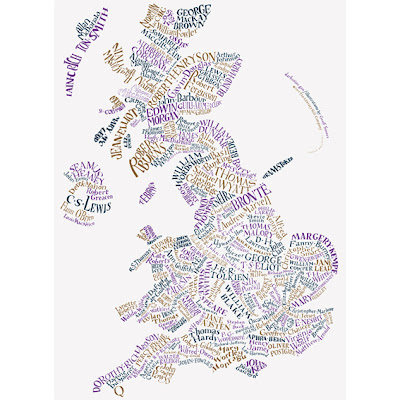 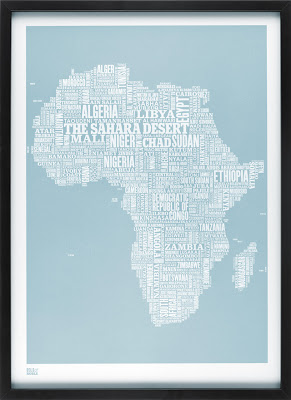 via Bold&Noble
Bold&Noble is this really cool company that makes typographical art. I love their maps section of course. They have everything from the world to individual cities. All prices are in pounds but the conversion makes most of their prints, including this one of Africa, about $67. Not cheap, but they are just so cool. 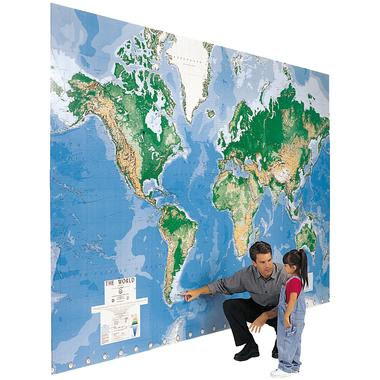 via Sky Mall
If you are already laughing that’s a good thing because I did just sneak a huge wall map from Sky Mall into this post about art. I know, I know, Sky Mall… but I love this giant wall map and I think it would look awesome in just about any room (dining room, kid’s room, the hallway). Just think, for $149.95 you can have a major piece of ‘art.’ Buy it here or just wait until the next time you fly. 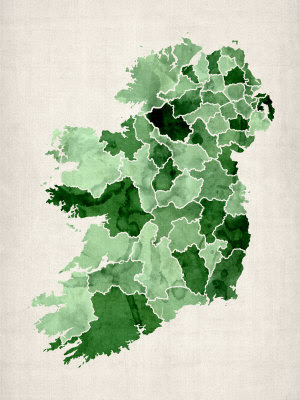 via art.com
Michael Tompsett has 169 different versions of map art on art.com. It’s kind of insane (there is one that is just a bunch of tiny dinosaurs grouped to make the shapes of countries … ???). I really like the watercolor ones like this map of Ireland in shades of green. Beautiful. It is a large print (20″ x 24″) for $47.99 so not too bad, buy it here. 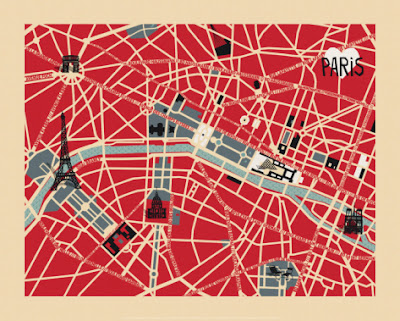 via art.com
Maps don’t have to be super traditional, they can be fun too like this sweet vintage map of Paris. I like how it is a combination of famous landmarks and roads. Buy it here for $29.99. 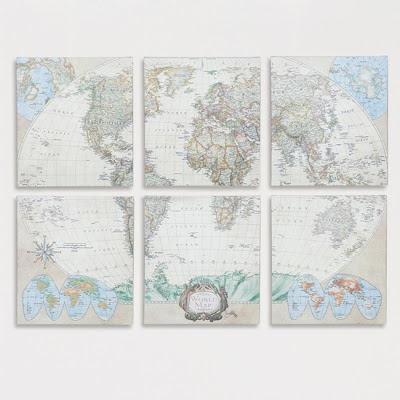 via World Market
I’m not crazy in love with this map (it’s a little muted for my taste) but I do like the idea of a map being broken up into sections like this. It would be a pretty easy DIY if you were able to find a large map and then cut it and frame the sections. Or if you you’d rather spend money instead of time you can buy this one for $143.99 from World Market. 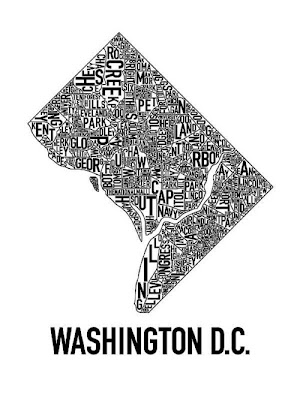 via Ork Posters
I think it is really cool to have a map of the city you live in or one you’ve lived in previously. I’ve wanted this neighborhood map of DC since I lived there but for some reason have never sprung for it. It’s even a reasonable $22.00 (here from Ork Posters).

Are you into maps as wall art? Are you drawn to certain cities or countries over others? I love a good world map, but I’m also really drawn to any map of New York City or Paris.