Gold leaf DIYs are everywhere these days and since I had a gold leaf marker left over from this project: 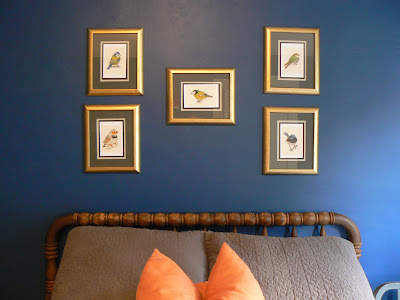 I knew I had to do something else with the little bit left in my gold leaf pen.

A few months ago I was in my basement going through a box of old childhood treasures when I came across a tray from a tea set. Trays are super trendy and can sell for upwards of $30 so when I found one in my basement that has been unused for 10 plus years I decided to update it. First I painted it white. 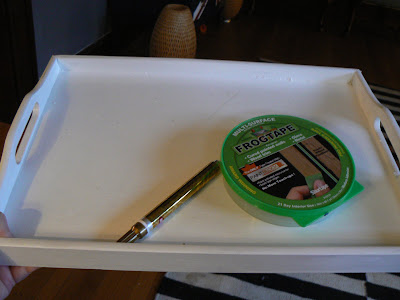 Here it is post paint and you’ll notice my materials that are all ready for the next phase. I was directly inspired by this image: 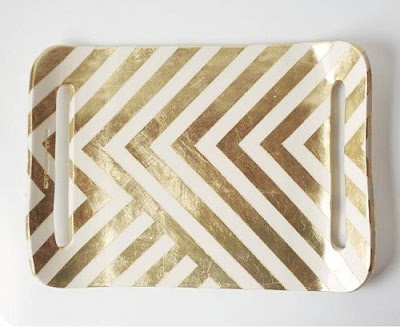 This is a gold leaf tray that was featured on Design Sponge last year. It is $98 – yikes! But I pinned it because I thought it had ‘DIY me’ written all over it.

I thought about doing several different patterns like herringbone or stripes but ultimately I was inspired by my surroundings, specifically my living room rug. This is probably because I was sitting on my couch while starting this project. 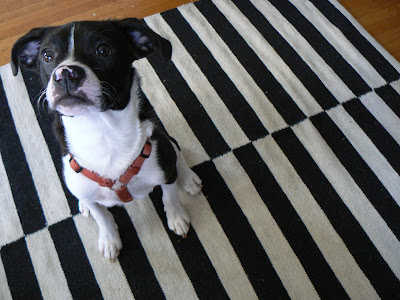 The IKEA Stockholm rug is sort of like color blocked stripes. I figured it would easier than doing something with diagonal lines.

I used my favorite Frog Tape to mark off my lines. You may be wondering, did I measure out my lines? The answer is NO. I am waaaay too lazy to measure and I hate math so – ‘eyeballing it’ for the win! 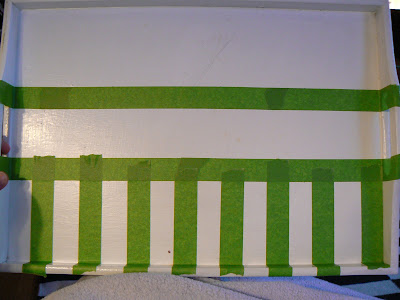 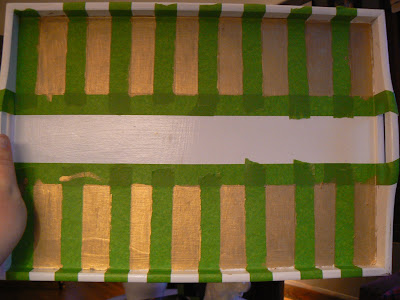 I taped and gold leafed the sides first and then I removed the tape. The middle was a little trickier because I didn’t want to risk taping over what I’d just done so instead I used a piece of stiff paper to make the straight edges for the boxes down the center. There is probably a more efficient way to do it but I was distracted by Alias (it’s on Netflix Instant and I’m addicted). 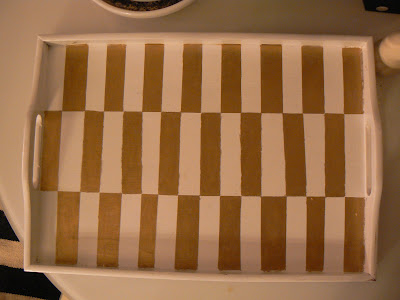 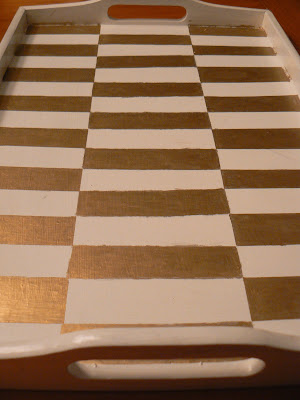 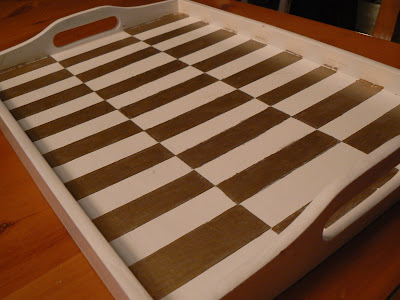 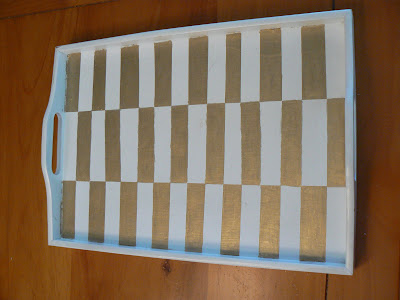 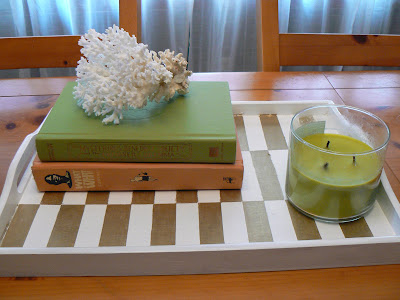 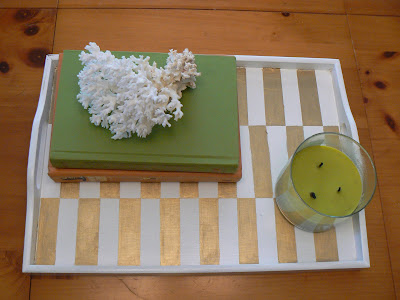 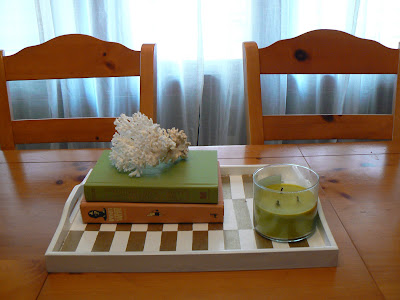 I am so in love with this tray! It really didn’t take that long to do either… about one episode of Alias 🙂 And since I already had everything on hand (the tray from my basement, white paint, Frog Tape, and gold leaf pen all from other projects) it was a completely FREE project. Woohoo! But even if you didn’t have the materials on hand you could do this project for pretty cheap if you shop smart. I bet you could find a tray at a thrift shop and most craft shops have good coupons that you could use for the gold leaf pen.