Welcome, YHL readers! Thanks for visiting! I love YHL’s new book and I am so happy to share a project that was in part inspired by their Project #28: Collage Your Wall.

This weekend I got on a project that I’ve wanted to do for a while. 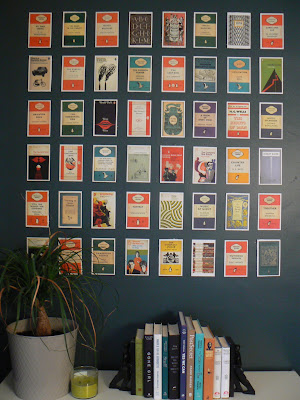 If you can’t tell from the image above, I used postcards to create large scale wall art. I love it! It all started nearly a year ago at Christmas when I got a set of postcards with book covers on them. 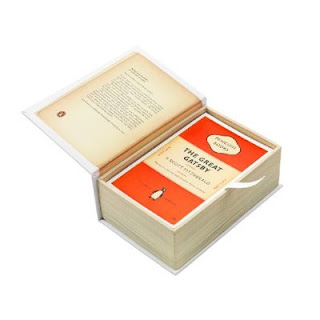 The set of postcards I got are Penguin Book covers that range from The Great Gatsby as shown above to some super obscure books like Common Sense About Smoking. Ironically they sat on my bookshelf for a year. I tried a few small projects with them but nothing really turned out. Then a few weeks ago I decided I was a little tired of my Klimt canvas. 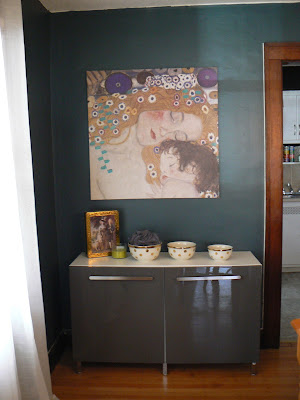 Don’t get me wrong, I still love this piece. I’ve been a fan of Gustav Klimt since high school (in college I even named my beta fish Gustav in homage) and when I saw this large print at IKEA I had a rather visceral reaction to it.  But it was time for it to move to another part of the house (yet to be determined). So that is when I decided that maybe doing a large wall of postcards would be cool.
Here’s how I did the project:
1) In order to give the overall look more texture I mounted several of the postcards on foam core. I used rubber cement to adhere them. I randomly decided that I wanted 25% of the total amount of postcards to be mounted, which for my wall came out to 12 postcards. 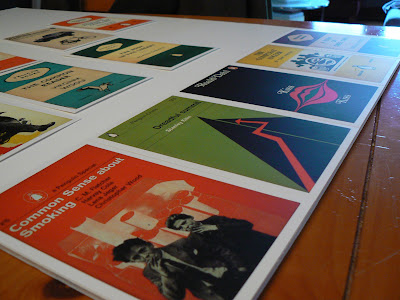 2) After they dried I used a utility knife to cut them apart. 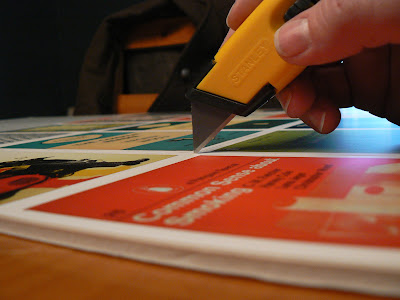 The utility knife left a pretty rough edge so I used scissors to clean them up. 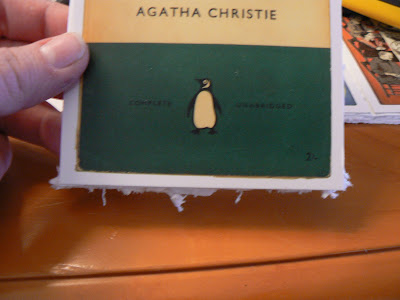 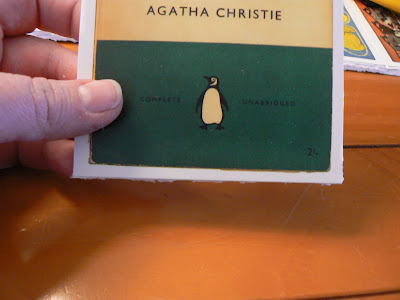 3) I measured out the area I wanted on the wall and marked it with FrogTape. For this space I decided on 4’x4′ which is 48 postcards with about 2″ in between each one. 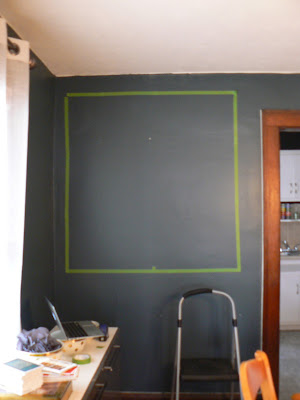 If the tape looks crooked to you that’s because it is. I was using it more as an idea of where I wanted them to go not an actual starting point. 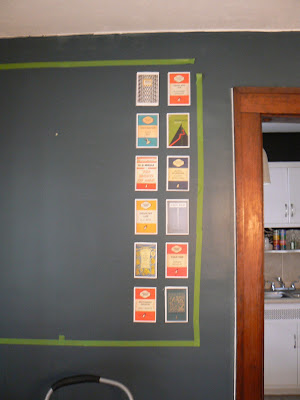 As I’ve mentioned before, I am not good at doing tedious measuring so once I had the first row done I eyeballed the rest. The first row I did by using my level to make sure everything was straight and then as luck would have it the level was nearly 2″ wide so I used it mark the distance between the postcards as well. I spread out the twelve that I put on foam core randomly. 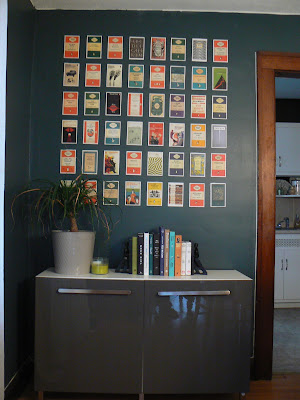 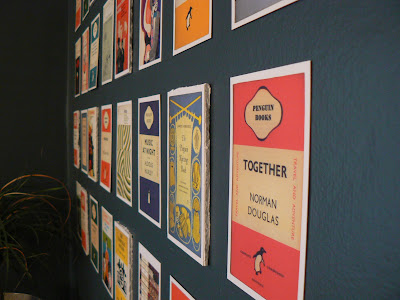 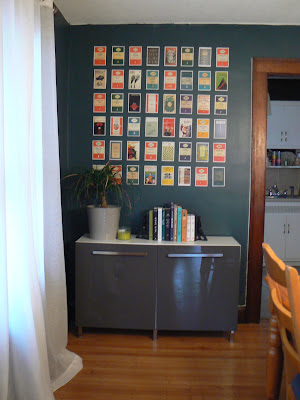 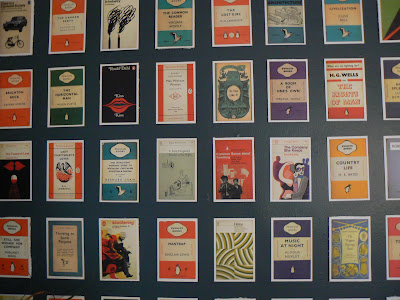 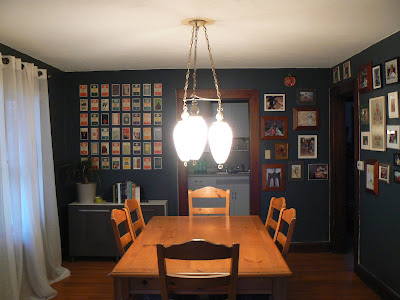 When it was all said and done I could have easily skipped the foam core stage and just put them all on the wall flat because the foam core didn’t add enough dimension to make much of a difference, but I’m glad I did it because I would have always wondered if it would look better with some mounted.

This project would also work well with any other kinds of postcards, like these awesome Pantone ones, your own personal collection of postcards, or vintage ones collected from antiques stores or from pre-collected sets on Ebay.

I love checking things off my mental to-do list!