Last week I was in Phoenix, AZ for a conference. I was so happy when I remembered that there is a Frank Lloyd Wright home in that area. It has been a dream of mine for a long time to vist a FLW home (Falling Water, you are on my hit list). Taliesin West was amazing and I learned so much about him as a person and designer. Here a few of the photos I took while on the tour. This is about 1/15th of pictures I took, I was a maniac! We could only take pictures outside and in the outer buildings, but I hope to share a post about the interior later this week. 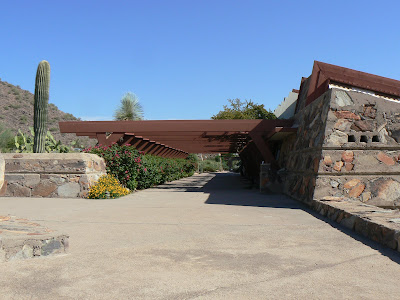 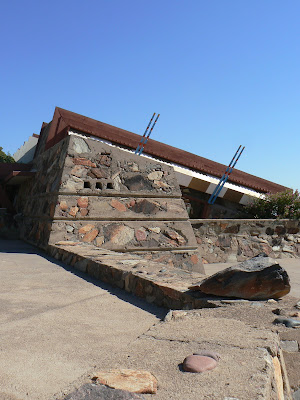 Almost all of FLW other homes were built on commission for someone except for this house. He paid for and built this one on his own so he cut a lot of corners and used what he had on hand. Apparently, he was real cheapskate! The stone walls are just dirt and rocks from the land that he compacted into walls. Thankfully he was such a good designer that the structure has lasted for 70+ years. 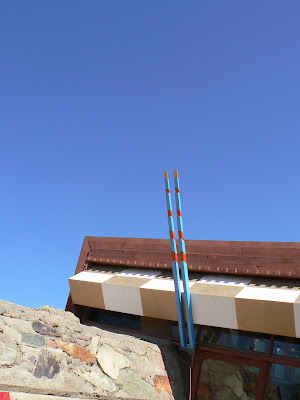 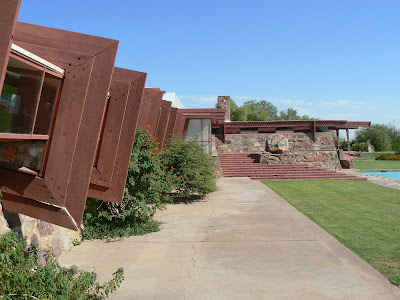 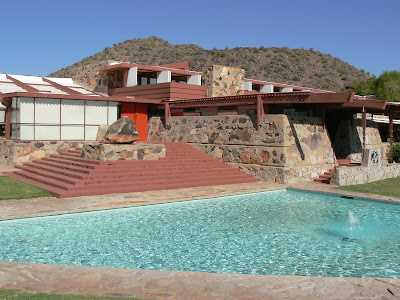 There is almost no grass in Phoenix and FLW tried really hard to use nature as his inspiration, but he did put a large patch of grass in the front yard. He went against his own design principle because when he first built this home he had two little daughters and he wanted them to have somewhere soft to play outdoors. 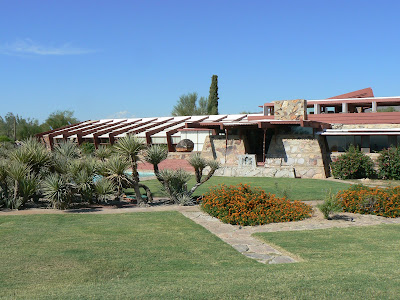 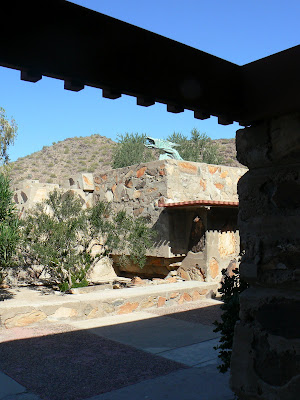 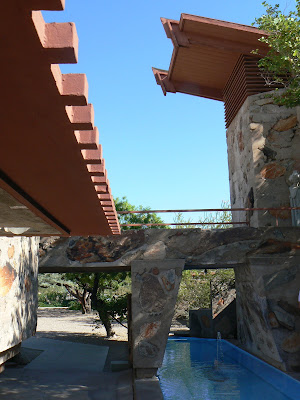 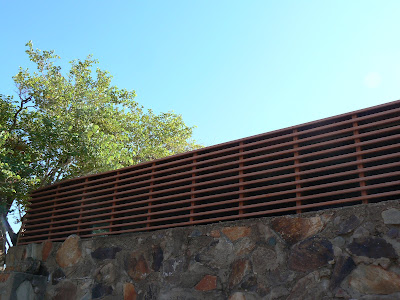 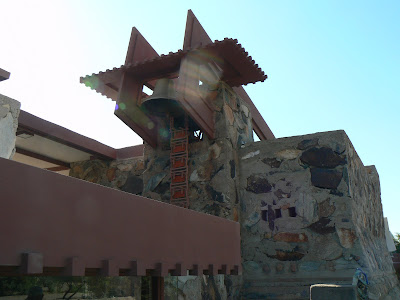 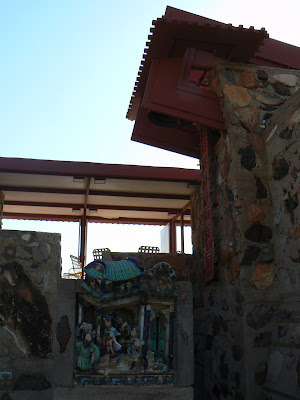 There is a lot of Japanese influence around the house. FLW loved Japan and used a lot of pieces he bought in Japan in his commissioned homes, but for his own home he couldn’t afford the real pieces from Japan. He improvised and went to Chinatown in San Francisco to buy all his Japanese art. 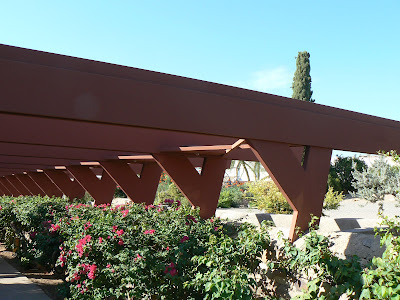 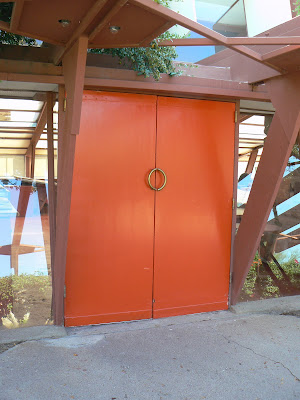 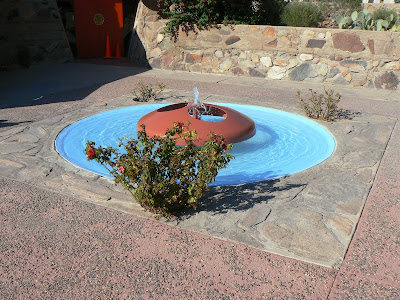 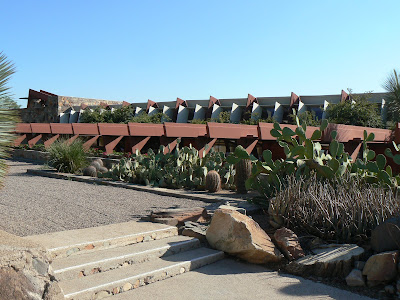 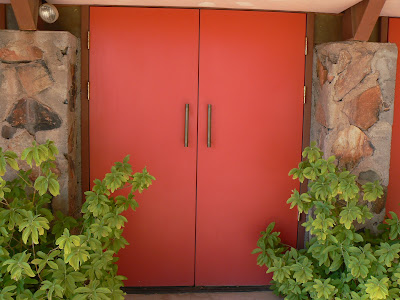 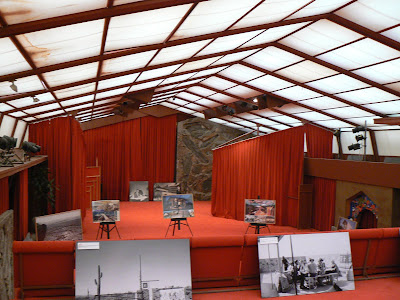 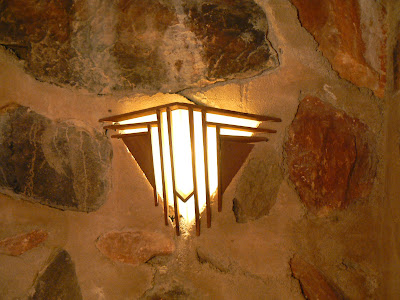 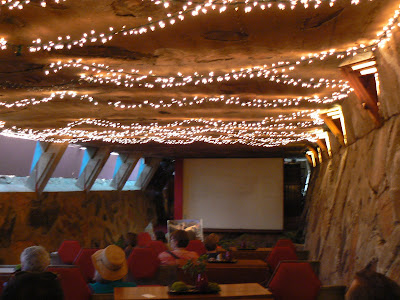 Hope you enjoyed this little photographic tour as much as I did!