In this post I attempted a DIY abstract painting with lettering. It turned out… eh. It wasn’t terrible but it wasn’t good either. I’d lived with it on my wall for about six days when I decided I just couldn’t take it. The colors weren’t right for the space and it was such a large piece I knew it would bother me forever. As I was looking through the post I was really inspired by this picture: 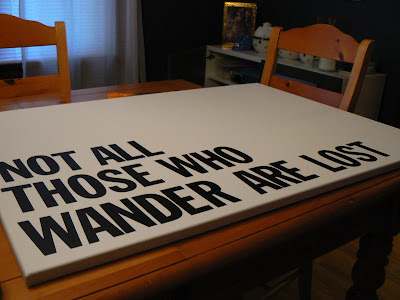 I remember thinking when I was at this stage that I really liked it, but at that point I was all ready to paint so it was a fleeting thought. What I like about this is how graphic and bold it is yet so simple. So I took the canvas off the wall and got myself set up to paint…again. I started off by putting the vinyl stickers back on. I didn’t have enough so I cut it up other letters to fit what I needed. It didn’t have to be perfect because my plan was to paint over the whole canvas in white, peel the stickers off, and fill in the letters with black paint. 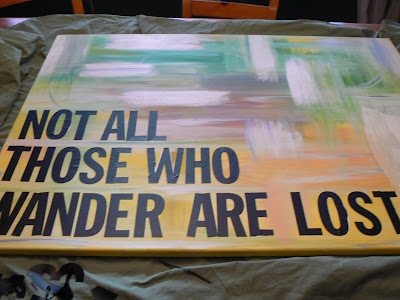 Once the stickers were all on I had to decided which paint to use. Because I am the ‘Worst Artist Ever’ I decided to use interior house paint again. I used ‘Ballet White’ from Behr. It is the same color I used in the bathroom. I used a large brush and painted the whole canvas white. 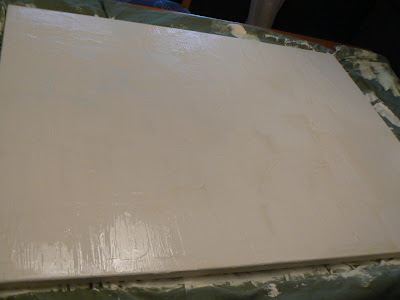 This picture is after I did a second coat. I had to do a second coat because the first coat re-wet the paint of the original painting and it got mixed in with the white. I don’t mind a little color coming through but it was quite a lot so I decided to do the second coat. By now this canvas has 274 coats of paint and starting to look like I plaster of Paris-ed it. I’m loving the look. After I let it dry a couple of hours I pulled off the stickers and started outlining and filling in the letters. Because there were so many coats of paint it created a sort of natural outline for me to paint around. 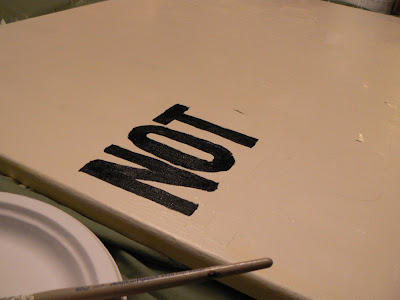 This piece of art has really become a many hour project but I’m VERY happy with this version. I’ve had it up for a day and I haven’t once thought that I want to change it… good sign! 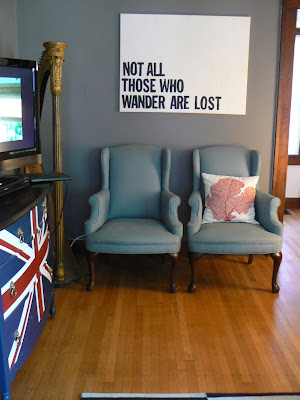 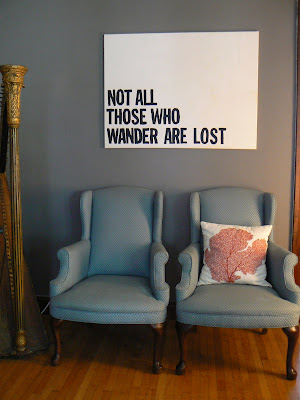 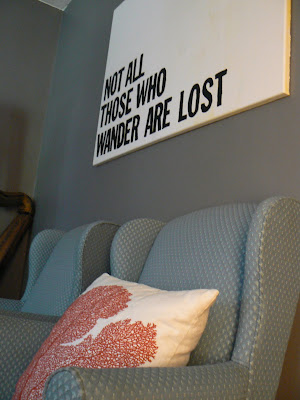 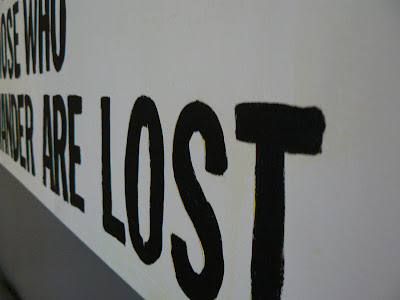 What I like about this version is that it brings the black and white of the rug over to that wall. It looks good with the Union Jack dresser and it has more texture to it than if I had just painted it white from the beginning. But seriously… I’m done painting for a while.

6 responses to Go Art Yourself: Updated