Let me be upfront, I do not like being outside. I know that isn’t a popular thing to say but I am one of those people whom insects flock to. I’m like Pig Pen except I shower.

Actually now that I look at this character I’m not sure those are bugs, but if they were that is what I look like when I go outside. So apart from mowing my grass I avoid spending any time on my yard.

I do love indoor plants though. They are so much easier to care for, they look great year round, and they give rooms a certain breath of fresh air. 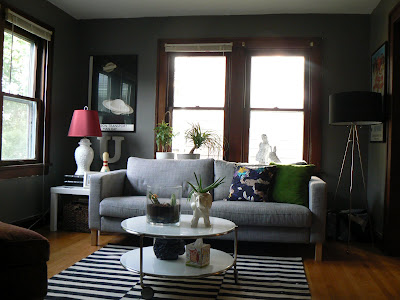 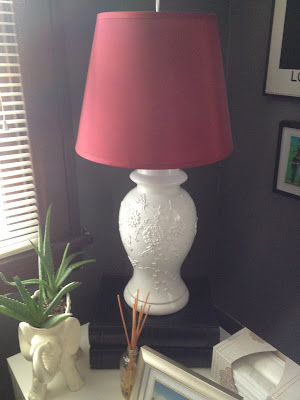 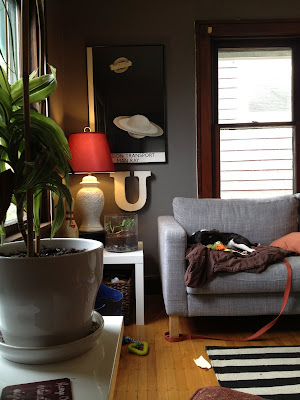 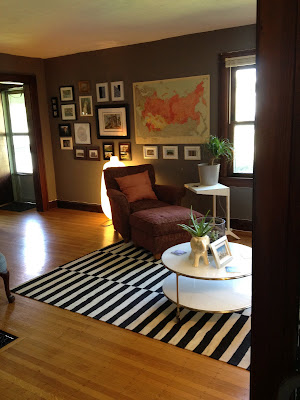 Currently, I have four house plants. When I was in college someone told me that caring for a houseplant is a good way to improve your emotional well being. That sounds silly but I think it actually worked for me. I once kept an orchid alive for two years!

But this post isn’t about my emotional health, it’s about houseplants. I don’t know the first thing about plant species, I mostly just pick whatever I like. Whichever plant you do choose I would highly recommend reading the card that comes on the plant. Some plants have very specific care instructions. Also, I’ve found in my six years of houseplant experience that plants don’t need watered half as much as you’d think. I water my plants every Saturday except for my succulents which I water every two weeks.

If you’re new to the houseplant game I’d suggest going to a nursery because they will have a much bigger selection. I wouldn’t recommend buying planters in the garden section though because they are usually overpriced and generic.

Here are some cheap and uncommon planters that would look awesome around your house: 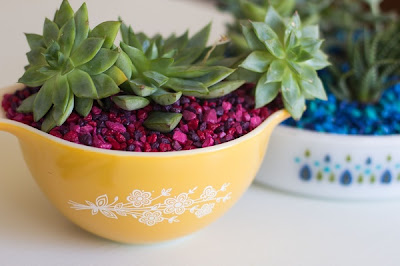 (Source)
I love this! You can find vintage pyrex at just about any antiques shop and most of the time it is reasonably priced. I love this idea because unless you have a lot of open shelving these beautiful bowls are often hidden away behind closed doors. 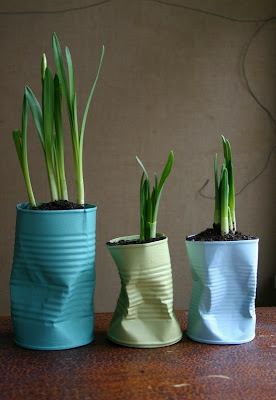 (Source)
I’ve seen plants planted in tin cans before but I really like these dented cans… it’s like that extra texture really gives it something. The best thing is that this project would be free because you can use any can you have and whatever paint is lying around. 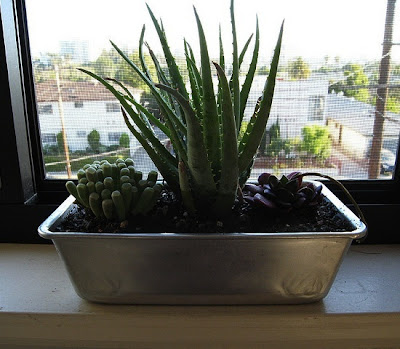 (Source)
This cracks me up. Plants in a bread tin! This is so smart because even though I try not to over buy kitchen gadgets I somehow always end up with way too many pans. 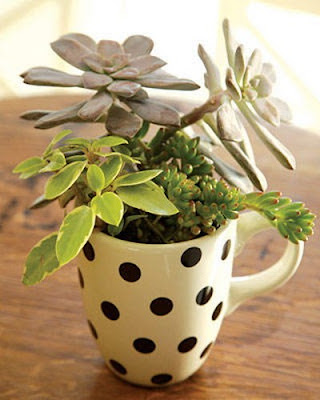 (Source)
This is adorable. Also, who doesn’t have 14 extra mugs lying around? 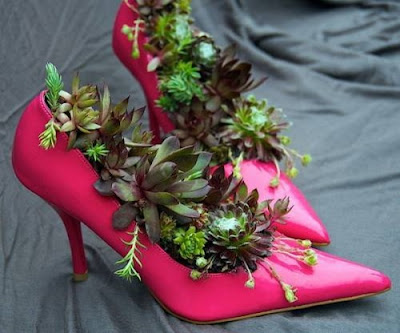 (Source)
Hilarious and cute. Maybe a little young for my house but it would be cool in a fashionable teen’s room. 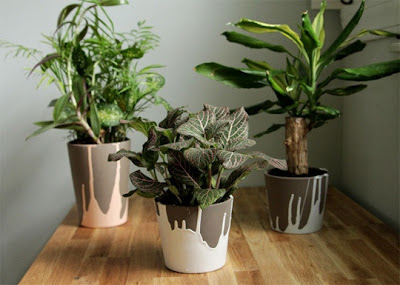 (Source)
This isn’t an uncommon pot but it is an elevated one. By dipping the bottom of the planter into paint and then turning it over and letting it dry is a cool and easy way to make the planters you already have look unique and textured.

So many cool ideas! What uncommon planters have you tried out? The possibilites are endless!

2 responses to Houseplants (‘Cause I Don’t Like to Sweat)