My TV is a Diva

My TV is way too cool to be sitting on a dresser, or so it’s been telling me for the last year. I’m like, TV be cool, there is no need for you to be hanging up on a wall. But I got tired of it’s whining so I finally gave in. Last Christmas I asked for a TV mount and I got one. But then it sat next to the TV in it’s box for 10 months, whomp whomp.

One of my goals before the home tour (mentioned here) was to get that dang TV hung. I don’t really care about TVs hanging or not. I mean, it kind of seems like a guy thing to want the TV hung on the wall, but I had specific reasons for wanting it up off of the dresser.

1) I moved the TV and dresser from the right wall to the left after about 9 months of living here. 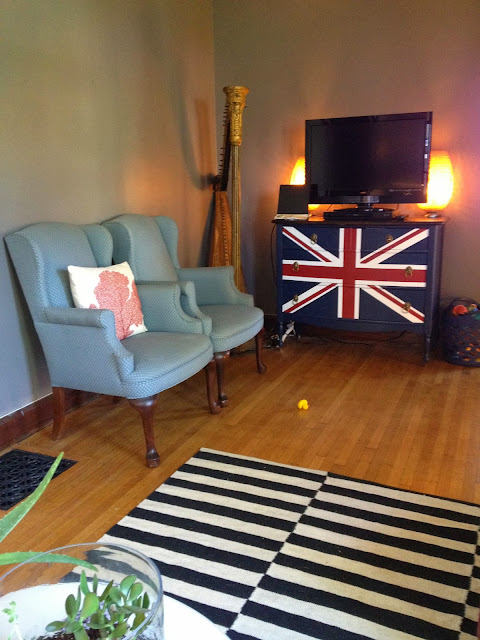 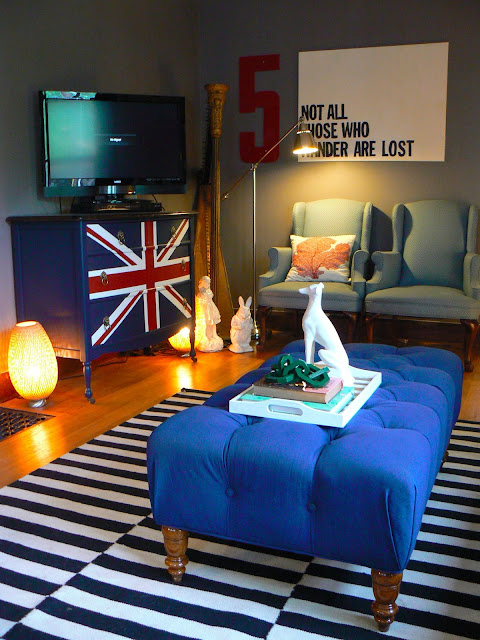 I love this set up so much better for many reasons, but the only set back is that in order to see the TV from both couches the TV always has to be at an angle. I’m juuuuust OCD enough that the TV being at an angle drives me insane. For the last year I’ve been moving it to angle when I’m watching it and then moving it back to a right angle when I’m not watching it. Yeah, I’m weird.

2) As seen above, the TV is resting rather precariously on the DVD player. Every time I moved the TV (which was often, as discussed in #1), the DVD player creaked and groaned and I saw angry dollar signs coming at me so I really wanted to get the TV off of the DVD player as soon as possible.

3) It is a generally known fact that I am running out of wall space so I’ve been eyeing that blank wall behind the TV for like a year now. So many options! With the TV hung up I could do one of those fancy gallery walls where the TV is incorporated. Or maybe not, I’m about one vintage advertisement away from my house becoming a TGIFridays :/

With so many reasons to hang the TV and the fact that I already owned the wall mount made it a priority before the home tour, except for the fact that I couldn’t hang it on my own. My hand is still really weak, oh speaking of my hand, have I showed you my scar yet?

Pretty gnarly, huh? I actually kind of like it! It’s very Harry Potter-ish.

Anyway, with that plus the fact that I’m pretty sure hanging a TV is a two person job I asked my brother and dad to come over help me. I’m so glad I did! Since I have plaster walls there was an added layer of difficulty, but they did a great job! 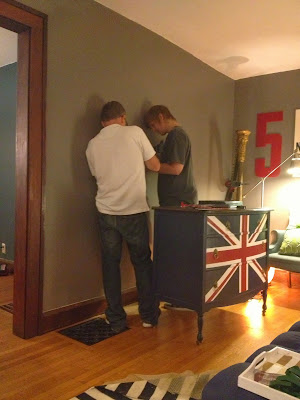 It not only looks better but now it functions much better. Photos as proof:
Now I have this big beautiful blank wall just asking to be covered in art and photos! Or should I leave it blank? I feel torn. In some ways my house is getting overdecorated, but also I don’t care and I want to just be myself and I think I may be an overdecorated sort of person. Or maybe I’m a minimalist with a hoarding problem? So many questions! 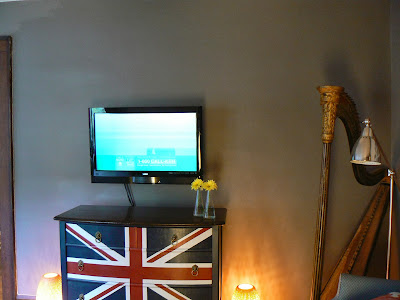 In all of the above photos I hadn’t put the DVD player back yet, but here is what it looks like now: 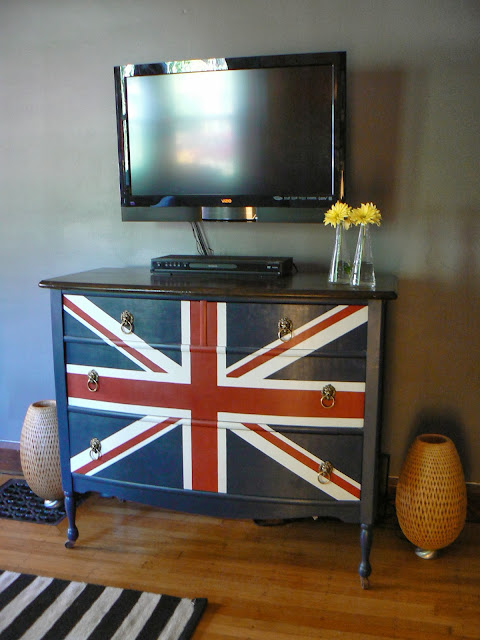 Next on the to-do list is to get one of those paintable cord covers (like this) to help make the cords blend in better. I’m loving this new set up though. Now I can move the TV back and forth all day long!

3 responses to My TV is a Diva