When I was 17 I redid my first piece of furniture. I still remember how it all went down.

I was 17 and I was given permission to redo my bedroom. My furniture was childish and I wanted an adult room that was less teenage-y. I got new bookshelves and a full sized bed, but it was the dresser I had trouble finding. I wanted a black dresser with silver handles. This doesn’t sound all that special or hard to find now but 10 years ago there wasn’t that much black furniture, it was ‘edgier’ than it would be considered now. One day my mom and I drove by a new furniture store that had just opened call Houseworks. Little did I know that I would find my dream dresser in there and that it was probably the most expensive store I would ever go in. Of course, they no longer have the dresser I wanted then, but it looked something like this: 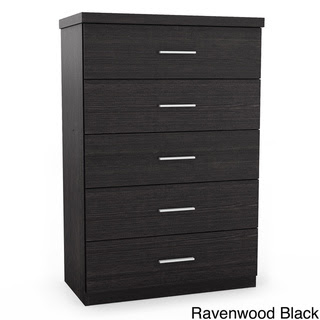 The dresser that I fell in love with was EIGHT. HUNDRED. DOLLARS.

I’m not even making that up.

So I walked out of the store empty handed. Then somehow the idea came to me. I could recreate this look. Remember this was pre-pinterest, heck it was pre-internet bookmarks (the only thing I could do on the computer was Word… I didn’t learn copy and paste until I was in college). So I went to Goodwill and I found a tall dresser about the size of my dream dresser and I took it home for $35. Then I sanded it and primed it and painted it black and bought silver handles for it. Even I’m sort of amazed that I did all this at 17. What a weird kid. 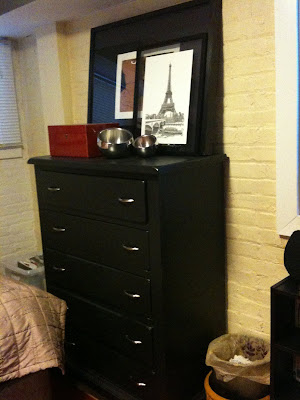 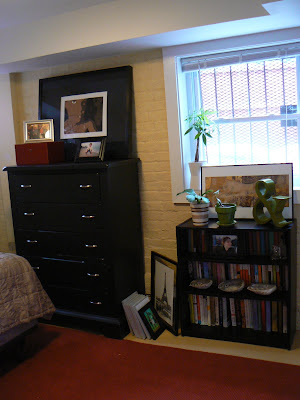 These pictures are the dresser a few years ago in my room in DC. I used that dresser for nine years until I got my campaign dresser (the black dresser is now awaiting it’s fate in the second bedroom).

I’m pretty proud of this DIY, mostly because it was my first but also because it was the first time I took ownership of something. It didn’t feel like it was my parent’s furniture it was mine because I paid for it and made it look like I wanted.

Where you also a weird teenager that redid furniture? If so, let’s start a support group!

Blog Plans
How to Sell Furniture on Craigslist
Decoupage Pumpkins