Progress on the ottoman makeover has begun!

For a recap, here is the original post where I purchased the ottoman: here. 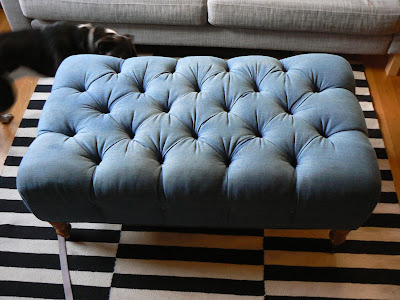 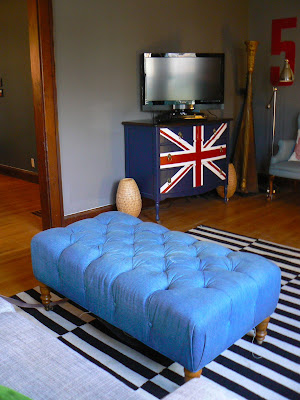 Not the most beautiful thing in the world, but dang it if it wasn’t a great price for such a big nice piece. My original plan, as outlined in the post, when I bought it was to reupholster it. But then I grew a few brain cells and realized that is waaaay beyond my skill set. Actually, I could probably do it but by the time I spend money on fabric and spend all the time reupholstering it I don’t think it would be worth it…. so I changed my game plan. It was actually from a recommendation in the comments of the original post. My friend suggested that I paint it. Yep, paint the fabric.
I haven’t started that part yet, but I did start another part of the project so I’ll start with that.
Not the best picture I’ve ever taken but it at least shows you what I was working with. In the time that I bought it and brought it home the lining on the bottom fell off part-way (the strings are from the tufts). 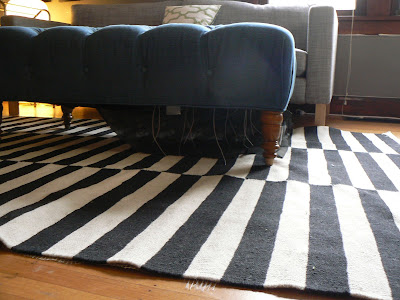 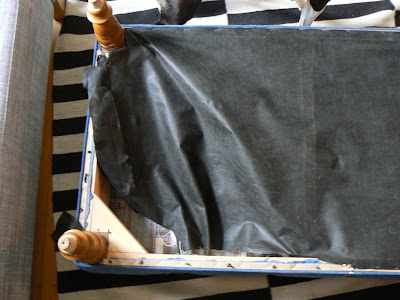 Since the lining was still intact (it had just pulled away from the staples) I decided to reattach it instead of completely replacing it.

All I did was pull the lining tight. 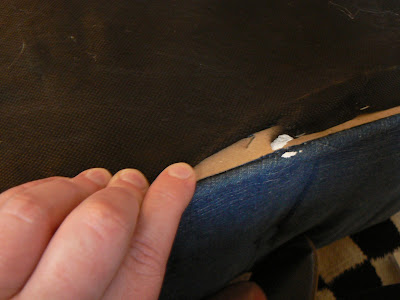 And since I don’t have a stapler, I just used small nails and a hammer. 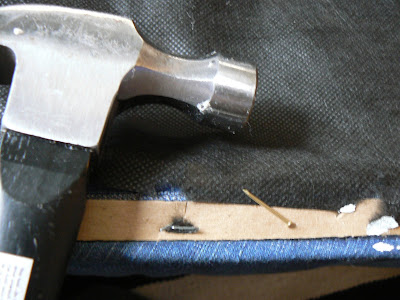 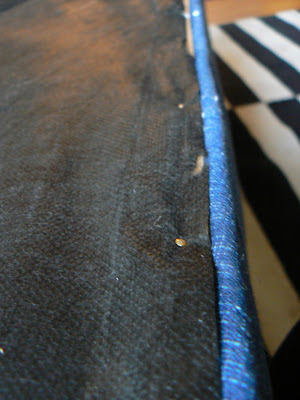 It only took a few minutes and a handful of nails to complete this part. If at some point in the future it falls off again I’ll just get a new lining and borrow a stapler, but I don’t see why this wouldn’t hold.

The next thing I did was tackle the legs. My original plan was take the legs off and stain or paint them, but it turns out that however they are attached is beyond my strength to remove (I tried with all my might). Oh well, on to Plan B. I used a sanding block to rough it up a bit. The sanding block worked great because it went into the crevices really well. 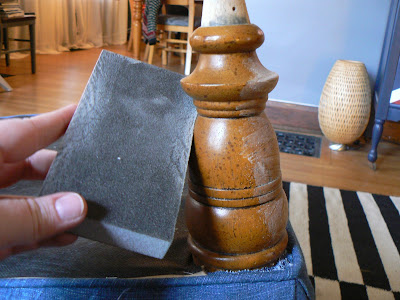 After a good sanding, I Frog Taped around the leg so that I wouldn’t ruin the fabric. 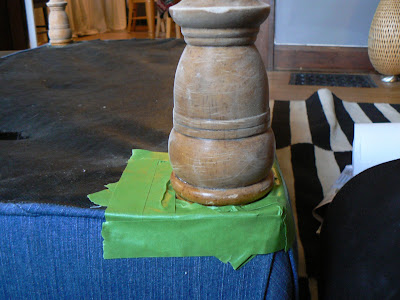 Here is a decent (if slightly blurry) shot of the leg (albeit upside down). Kind of a country style but not so bad that I couldn’t work with them. At the tip of the leg you can see how it’s a lighter color and there is a hole in it, that is where a wheel used to be attached. By the time I got the ottoman only two of the wheels had survived. I decided to just remove them and leave the ottoman immobile. I kept the wheel if I decide in the future to put the wheels on again (I could take the wheel into a hardware store and match it). The main reason I decided against wheels is because I like being able to sit on it and wheels make me nervous to sit on. But having it movable would be really nice so maybe I’ll change my mind.
Anyway, … 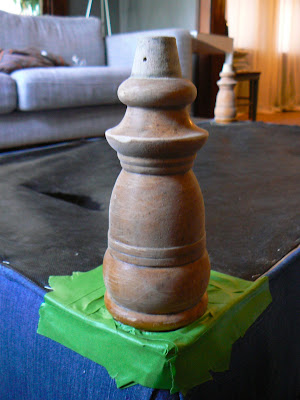 After sanding and taping, I filled in the little holes from the wheels with putty. 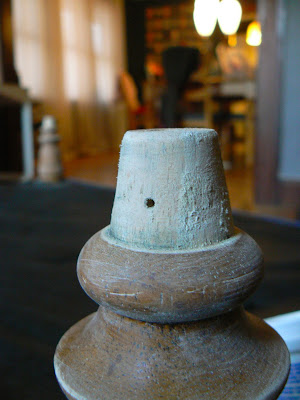 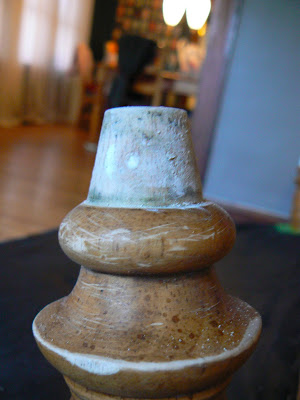 I debated about painting or staining, but I decided to leave them wood and just stain them. I had stain left over from my semi-disastrous IKEA Rast dresser makeover (here and here). I found out that the reason the stain didn’t work on that project was because I used a paint brush, apparently you are supposed to use a foam brush. Since I already had the stain, I figured it was worth trying again. Of course, this time I used a foam brush instead and it worked much better! 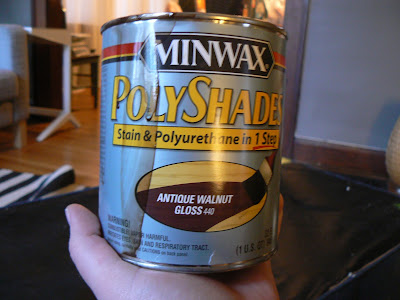 Here is a side-by-side. It isn’t a major difference but it blends in the tip of the leg so it looks better. 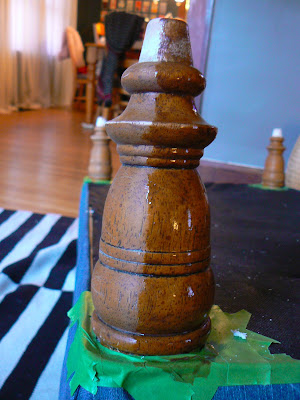 This is after a one coat. 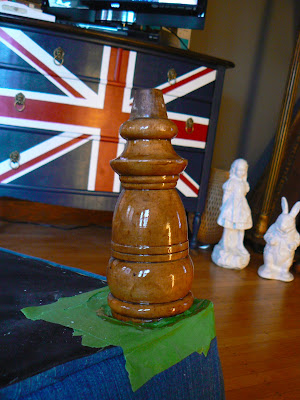 Here it is after a second coat: 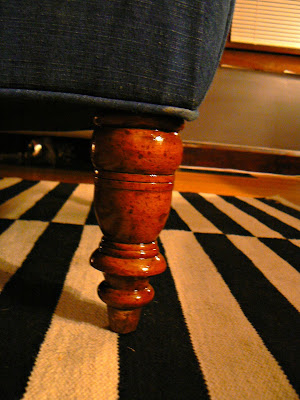 Part 1 complete! Next phase is painting the fabric. Let the fingernail biting begin!