It’s been 10 months since I installed my DIY Postcard Wall Art so I thought an update was in order. If you haven’t read the post where I installed it, it was a pretty easy process. But since I was doing something new-to-me I had no idea if it would actually have staying power.

The good news is that it still looks great and I really like it! And thankfully there is no real bad news. The only behind the scenes maintenance I’ve done is to stick back up a few that have fallen down. Almost all of them were originally stuck on with 3M stickers but I ran out of the stickers towards the end so the rest just got scotch tape. A few months later I added 3M stickers to those without them. The few that have fallen off since have been the ones that only had scotch tape or ones that are on bumpy or cracked parts of the wall (because my walls are plaster there are more imperfections than on drywall).

But a new phenomena occurred this week: 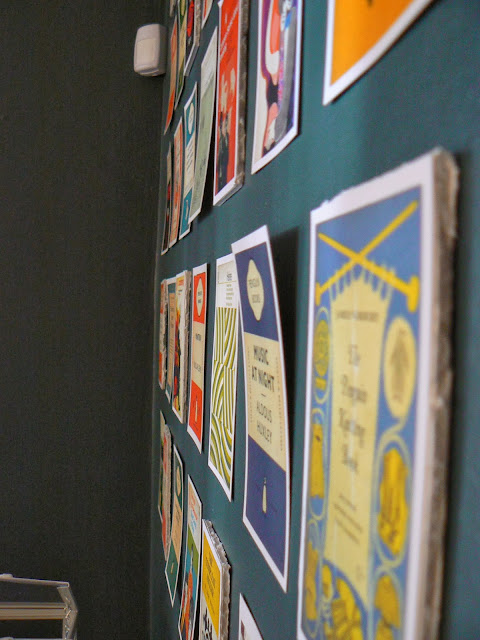 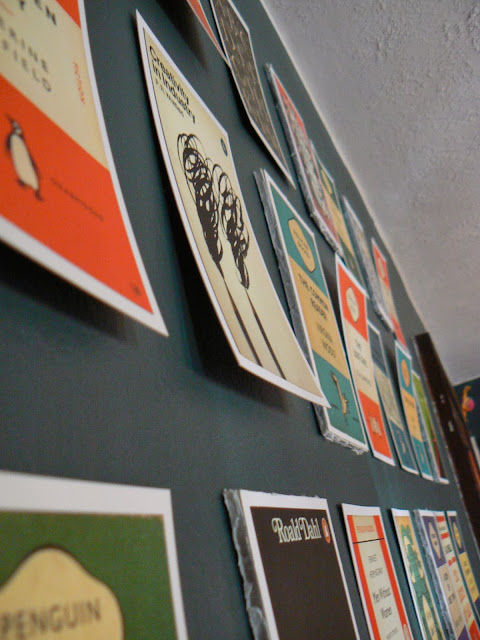 It’s been rainy and humid here the past few days so I’m wondering if that has anything to do with it but several of the postcards are starting to curl away from the wall. Some of that has to do with the fact that on a lot of the post cards I only put one 3M sticker right in the middle (during installation when I realized I was running low on them I started to only put one on as opposed to two). So some of that would be cured by adding a new sticker. But also, I don’t hate it.

Of course, if they all start falling down then it’ll be an issue, but until then I sort of like the added texture. That was the whole reason I added foam core the the back of some of them in the first place. It seemed like it would give the look dimension but it ended up not make much of a difference. The curling postcards definitely do give the look more dimension though so I’m happy for now.

Overall, I highly recommend this project! It was extremely cheap to do ($15 for the postcards and around $20 for other materials) for the impact it has and it was very simple and fast (it only took me about two hours to do, way less if you skip the foam mounting part).