Photographs of my Bathroom

This is my bathroom as of September 2013, enjoy!

Photographs of my Dining Room

This is my dining room as of September 2013, enjoy!

Photographs of the Exterior and Entryway

This is the exterior and entryway of my house as of September 2013, enjoy!

Photographs of my Bedroom

This is my bedroom as of September 2013, enjoy!

This is my kitchen as of September 2013, enjoy!

This is my living room as of September 2013, enjoy!

I’ve been working like a crazy dog at all of my day jobs (that plural isn’t a mistake) so if it looks like I’ve been phoning it in here on the blog that would be correct. But I’m working on it. I really like doing this blog so I am attempting to streamline my life in order to make more time for doing the projects and writing the posts that keep this blog interesting.

But what kind of blogger would I be if I didn’t occasionally share with you the big fails in my life? Okay, maybe I do that a lot (proof: here and here). Regardless, here is another weird/sort of my fault fail. Beware it’s gross. 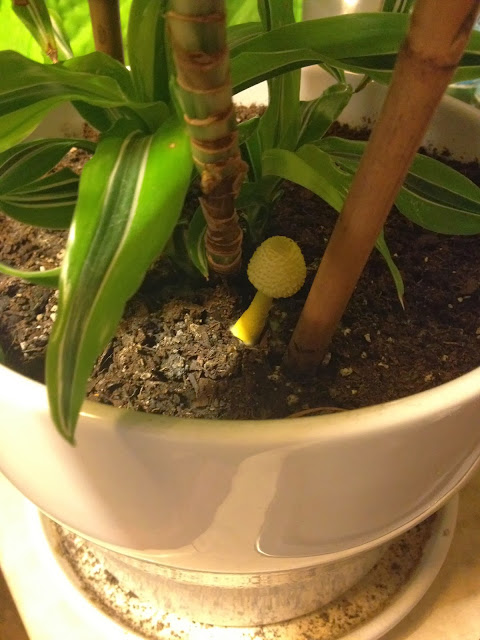 No that isn’t a cute little mini-figurine of a yellow mushroom. Because that is definitely what I thought at first. I had this world class spiral moment where I was like, “OMG someone came into my house and left a little yellow mushroom figurine in my plant that is so sweet! Wait no, that is weird, what if it is like a murderer’s calling card? And now he is hiding in my basement and he’s going to murder me and this is the only clue and no one will ever know because it’s adorable and it totally fits the style of my house and so my murder will be unsolved forever.” I think I’ve been living alone for too long.

So after I calmed myself down (deep breathing and Philip Glass) I googled ‘yellow mushrooms in houseplant’ and low and behold, it’s a thing. Side note: Seriously, what did we do before the internet? I know this is an old thought, but it still blows my mind every time I think about it. I remember getting the internet when I was 12 I just didn’t understand it. But if you had this mushroom problem back in the day what would you do? Look in an encyclopedia or ask an old wise person or something?. 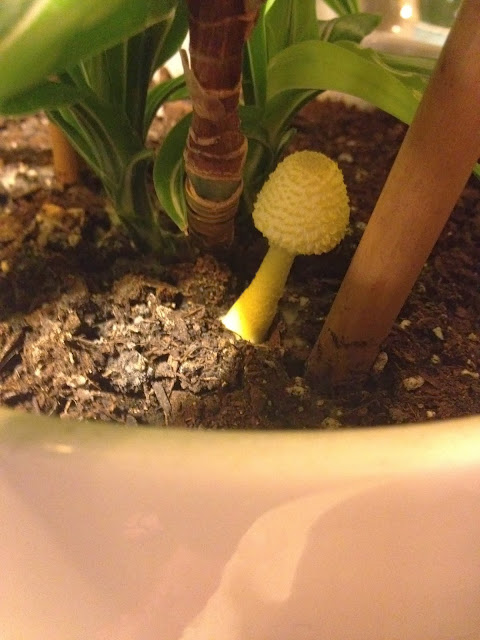 Anyway, yellow mushrooms in houseplants is a thing, but not a good thing. It is important to note that I have had this plant for seven years now. I have somehow managed to keep this plant alive for seven years through six moves (two of those halfway across the country), but apparently these past few weeks I’ve done something to cause major fungus growth. According to this article I read (link: here), yellow houseplant mushrooms can develop overnight due to overwatering, bad soil, old soil, or no drainage. I think, in this case, it is a combination of overwatering and old soil. Lately I’ve been on a watering rampage which is silly since I’ve watered that plant once a week for seven years and it’s stayed alive but now all of a sudden I’m like this plant needs watered once a week and sprayed twice a week!!! What is wrong with me? Ugh, it seems like my life motto is becoming ‘live and learn’ which is so lame.

But the good news is, I wasn’t murdered by The Yellow Mushroom Murderer and my plant is still alive and de-mushroomed. 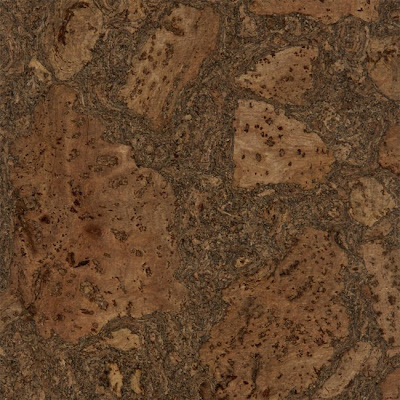 (source)
If you follow this blog super closely you may be able to guess what this is but for those of you are newer you’ll just have to stay tuned… (or click the image link and then it’s obvious). 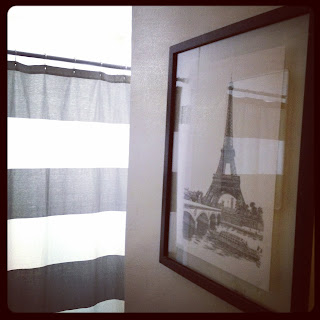 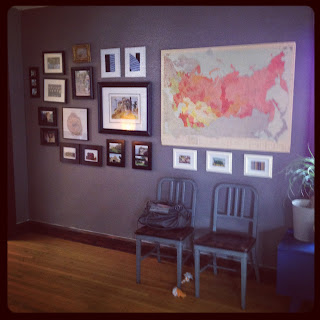 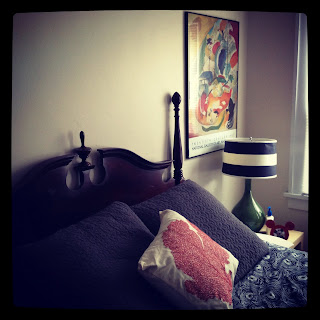 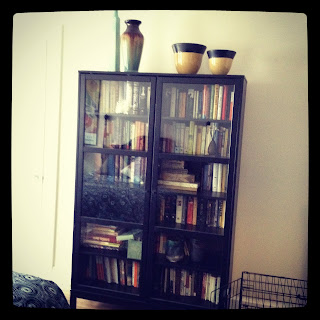 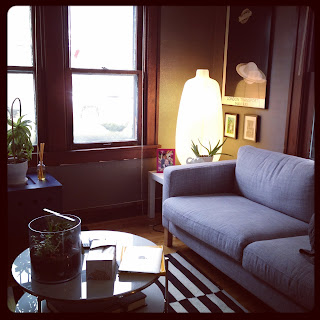 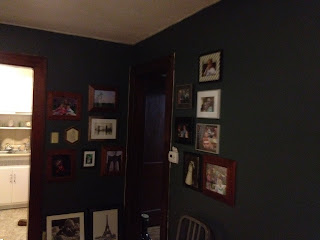 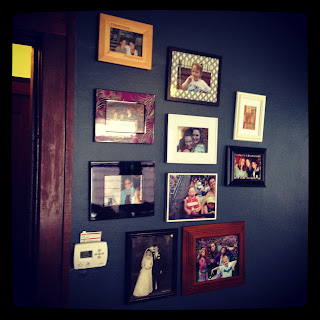 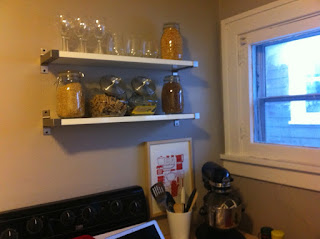 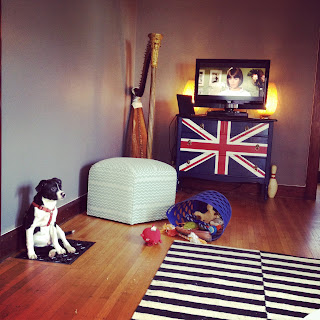 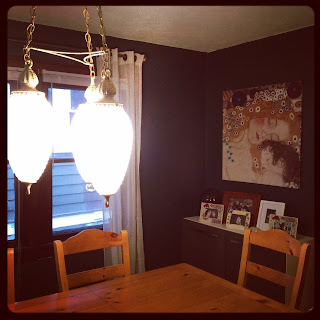 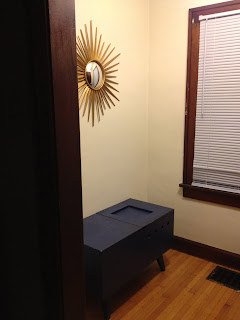 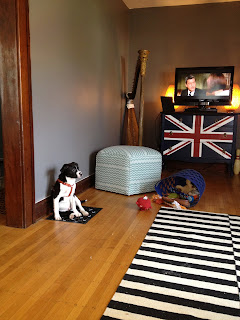 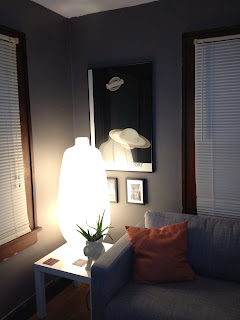 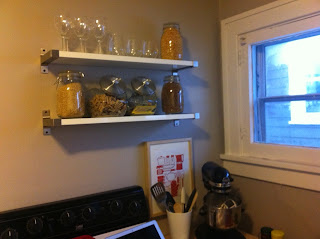 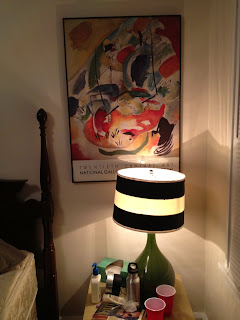 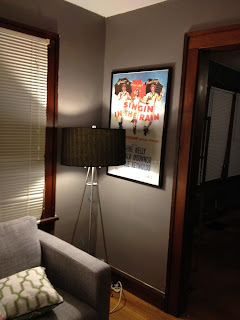 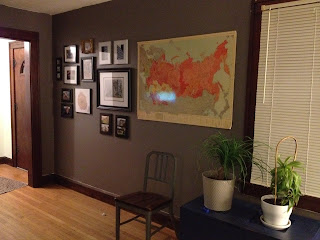 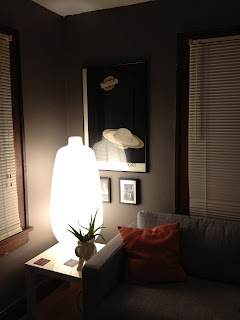 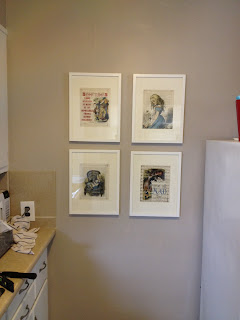 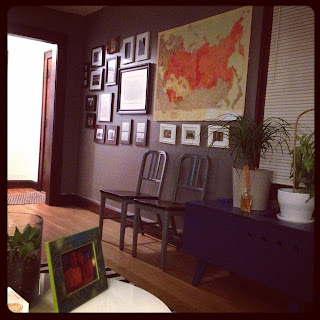 Since I have no interest in writing words I’ll just post pictures of my home.

I bought a house. 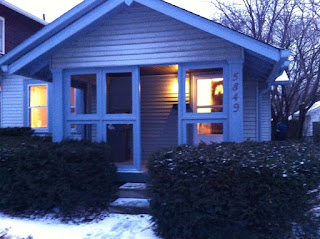 Well, I bought a house. By myself.

After a few years on the east coast paying thousands of dollars in rent, I was done. I moved back to my hometown of Indianapolis in search of a home of my own. And after seven (very long) months of living with my parents and littlest brother I finally closed on a great little house.

I love design. Even as a little girl I would often redesign spaces in my head… first grade class room, dentist office, BMV… it’s true, government offices are the worst.

This blog will be about my adventures in homeownership and the fulfillment of all my design fantasies!