Life is funny sometimes. I had a whole post written about my long term plan for my living room. I even taped out things so I could better show you how it would look and then, bam! Another piece of the puzzle came into place.

What I was going to tell you is that I want a second couch. I’ve been wanting one since the day I bought my first couch but at $599 I couldn’t afford two. So I’ve been waiting until I could save up enough money to get a second one.

Here is what I taped out to show you what it would look like: 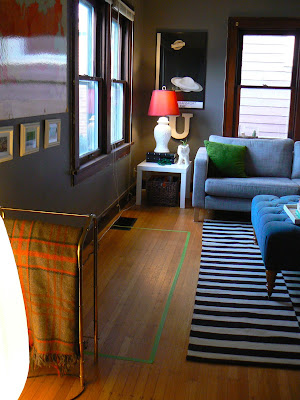 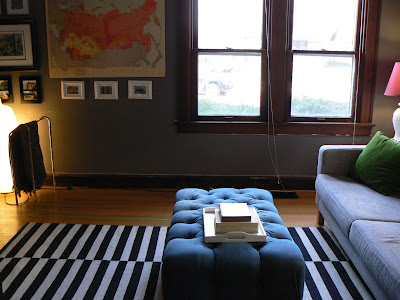 I’ve been pretty vocal about my self imposed craigslist ban but I broke it on Friday. I did a quick search and found that someone was selling my exact couch in great condition for $300. Yep, that’s literally half the price of a new one! I emailed them right away and scheduled to pick it up on Sunday. So back to Friday, I had just found the couch I’ve wanted for a year for half the price and I didn’t have to make a 3 hour round trip drive to IKEA when I remembered the chair. Remember the red chair? 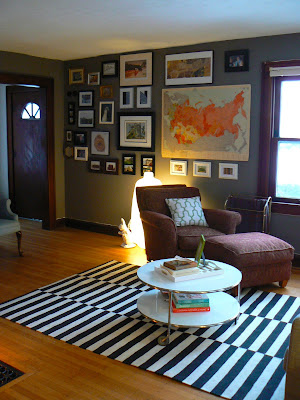 It may not be the most fashionable of chairs but dang it if it isn’t the most comfortable thing ever. My old roommate and I would fight over who got to sit in it!
But sadly, to make room for bigger and better things she had to go. I listed her on craigslist and sold it within 15 minutes! My fastest craigslist sell ever.
Fast forward to Sunday here is my new living room minus the red chair, plus my thrift shop ottoman, and plus a new-to-me couch: 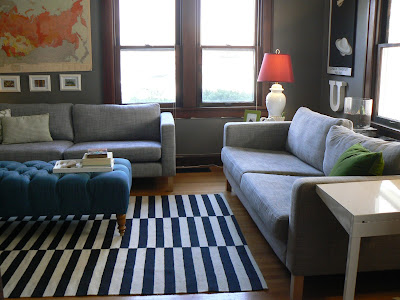 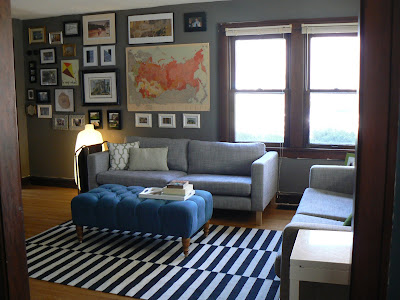 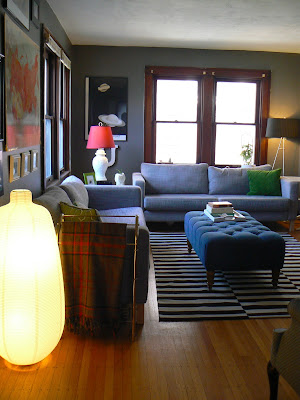 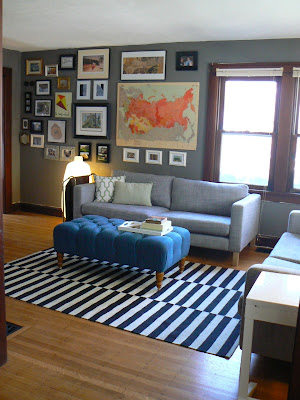 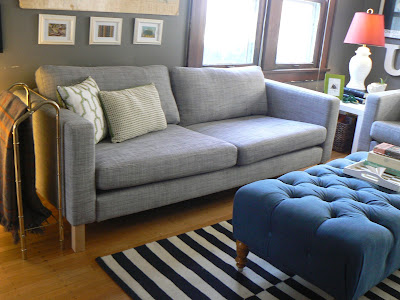 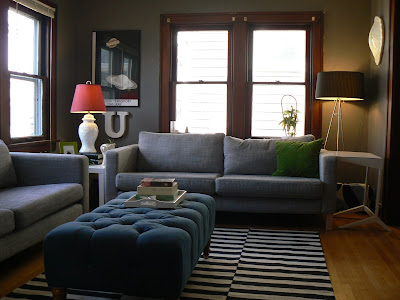 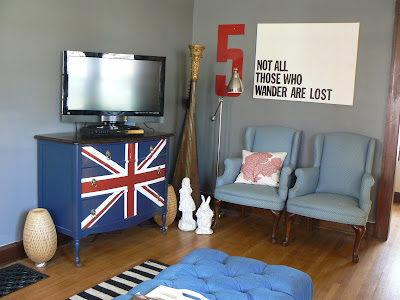 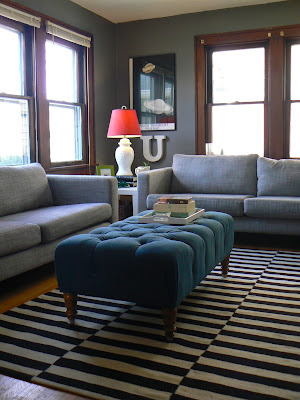 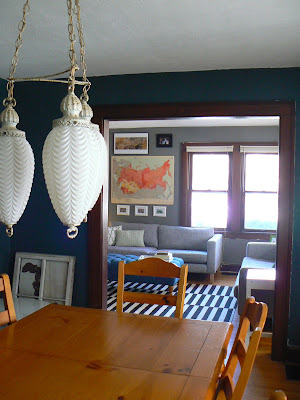 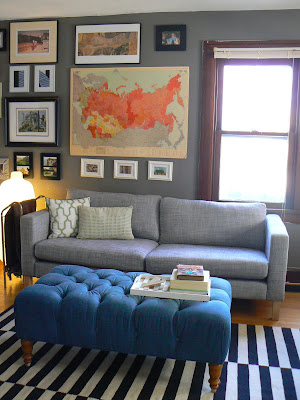 I’m so happy! I just fell in love with my little house all over again. The best part is I saved $300 (not including what I made from selling the red chair and white glass coffee table which also sold really fast).
Now I can comfortably seat six people (two on each couch and two in the wing backs or eight if people want to get comfortable). And if I have a major rager more people can sit on the ottoman or bring in dining room chairs (I think I need to make more friends before that is going to be necessary). Also, not hating the ottoman fabric as much any more. Or maybe I’m just really starting to freak out about reupholstering it. I took the broken wheels off and so it now sits evenly and in pictures at least it looks good (in person it shows a lot of wear).
It was a busy busy craigslist weekend for me, but I’m very happy with the result!